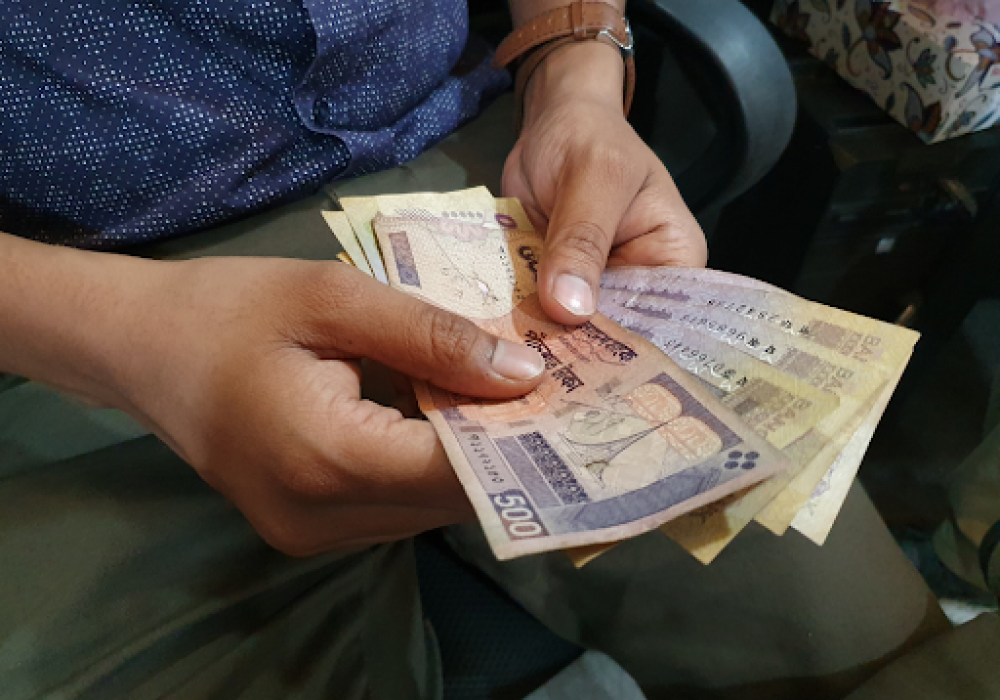 What's causing declined remittance inflows to Bangladesh, and what's the possible solution for it?

The economic importance of more than 13 million migrants from Bangladesh who sent close to $22.1 billion in 2021 cannot be overstated. Bangladeshi diasporas who live and work abroad send money to Bangladesh to support their households and add significant value to the country’s economy. Normally, international remittances represent around 7% of Bangladesh’s GDP. However, there has been a massive reduction in money transfers to Bangladesh recently.

Earnings per migrant worker have decreased.

The average earnings have declined due to increased unemployment and decreased wages of illegal migrants in GCC countries. These countries have tightened the enforcement of regulations against illegal migrants.

With the rising problems of unemployment or lower wages, the propensity to save has decreased due to intensified effects on consumption. Conventionally, if income is decreased, consumption also falls proportionally. However, this does not necessarily happen because once the consumption habits are adopted in lifestyle, it is hard to get rid of them. Hence, the propensity to remit declined.

The impacts due to pandemic

The coronavirus pandemic reduced the inflow of remittances heavily because thousands of Bangladeshi immigrants returned to their home country. Meanwhile, others struggled to adapt to lockdowns in most parts of the world. The reduction impacted the economy badly as it faced millions of dollars in loss. In March 2020, Bangladesh received $1.29 billion in remittances, which was 12.84% lower than February's remittance.

After the spread of the coronavirus, almost 666,000 overseas Bangladeshi workers returned back home in January-March 2020. A huge chunk of this number has not returned to work, reducing the number of money transfers from abroad.

Global inflation is a hindrance.

In the current financial year FY22, the total remittance inflow in Bangladesh equals $21.03 billion, which was $24.77 billion the previous year. A 15% decline in remittance inflows has been seen, whereas a 20% to 25% increase in remittances each year was seen earlier. Inflation is the major reason to cause this decline. The cost of living for expatriates has increased due to global inflation. Further, the fluctuation of the USD rate in the currency market also affected every money transfer to Bangladesh, which ultimately resulted in a major decrease in the remittance inflows to the country.

The final reason for declined inflow of remittances to Bangladesh is the usage of hundi instead of legal remittance channels. Hundi is preferred because it offers Tk5-6 per dollar more than the bank exchange rate.

Bankers had anticipated this fear of declining remittances due to this new policy. They expressed their concerns that the hundi channel will become more active.

According to economists and financial advisers, the government should increase remittance through new markets. They also suggest that the exchange rate for remittance should be scrapped if it discourages expatriates from using legal channels.

Remittances through bank transfers yield at Tk106-105. People who want to send small amounts do not get an average rate of more than Tk103-104. Whereas, Hundi offers Tk113-114 per dollar. Due to the fixed exchange rates offered by banks, the difference is at least Tk6-7.

With the updated remittance exchange rate policies in Bangladesh, expats either refrain from money transfers to Bangladesh or send it through illegal channels. It affects the count of total remittances received annually, which can disrupt the system. It is always advised to use proper legal mediums to send remittances to avoid scams and fraud.

ACE Money Transfer has been the leading remittance service provider since 2002, operating worldwide. It solves the problem of all overseas Bangladeshis who are upset over the new fixed exchange rates. Despite the new banking regulation, ACE keeps on providing an affordable alternative to expats all around the world.

Leave out both the hundi and banking service for remittance transfer and switch to ACE. It offers market-competitive exchange rates for all currencies, including the Bangladeshi Taka.

It means you no longer have to buy static and low currency exchange from banks. You can use ACE Money Transfer to buy and sell currencies at market-competitive exchange rates. Using this service is much more affordable and safer than using hundi.

In addition to offering market-competitive exchange rates, ACE offers unbelievably low transfer rates. Plus, you get to transfer funds within 24 hours without any delays.

It is important to utilise safer remittance transfer options for the safety of your funds. ACE Money Transfer offers the highest exchange rates for Bangladeshi Taka. Sign up on ACE for free to send money to Bangladesh online without straining your pocket.

News
PREVNEXT
Sending Money to Nepal from Australia with Low Fee and High Exchange Rates - How to Make it Possible?
Where is the Global Exchange Market Moving? Things to Expect in 2023