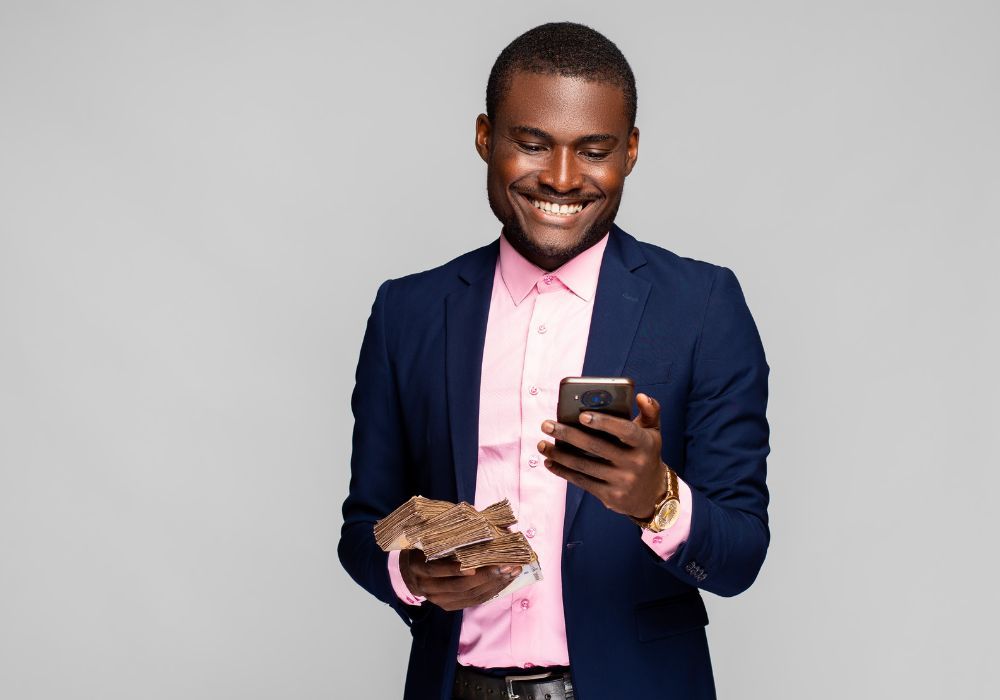 How to Send Money to the Gambia from the UK Instantly?

With an economy heavily reliant on agriculture and livestock, the Gambia is one of the developing African countries. The people of Gambia have been struggling to make ends meet as the economy is not solid and viable enough to create jobs to accommodate the job-seekers whose large numbers enter the market every year, and since they cannot find work, they end up becoming a burden on the economy and society.

In this regard, the people of Gambia travel to the West to find opportunities. The UK is one of the favourite expatriate destinations, and thousands of the Gambians live and work here. Most Gambian expatriates send money to Gambia from the UK for their family’s financial support, which simultaneously adds to the country's economic development.

Multiple options are available on how the Gambian expatriates can send money to their native country from the UK, but the two are the most prominent. One is through the banks, and the other is through online money transfer companies. Both have their own merits and demerits.

Let’s help you find the most reasonable and fast method for sending money to the Gambia from the UK.

Every expatriate always has unique priorities when deciding on a money transfer service. However, speed, security, exchange rates, and transfer cost are always the most common priorities for everyone. Finding a service that offers all of these features is rare and unquestionably challenging. Let’s figure out how to ensure these primary requirements when deciding on a remittance service provider.

Before discussing it, let’s first look at some quick facts about the Gambia.

The Gambia in a Nutshell

These economic facts indicate that the people of Gambia necessarily travel to developed countries. With such a bleak economy, the people of Gambia cannot lead a viable financial life. Therefore they become expatriates in distant lands and send money to Gambia online or through conventional methods to their families to support them financially.

International Money Transfer from the UK to the Gambia

As stated above, there are two ways money transfers to Gambia. One is through the banks, and the other is through online money transfer companies. A quick look at both ways is necessary to understand which method is preferred and why.

It is the conventional way of transferring money from one place to another. Typically, the money transferred through banks from one country to another is called a Wire transfer. Earlier, it was the best way to send money to Gambia for the Gambian expatriates. Still, it did not remain with the advent of many credible and efficient online money transfer companies like ACE Money Transfer.

A few issues that expatriates face while transferring funds through banks are as follows.

Even though technology has increased the speed of almost everything we do nowadays and speeded up life as a whole, banks still take between three to five working days to transfer funds from one place to another. And this time can extend to a large degree if you, by mistake, happen to initiate a transaction towards the end of the week. Either way, the time a bank takes to transfer funds is awful.

You will have to approach a bank in person and fill out several forms manually to initiate a transaction. Banks still have you undertake a lot of paperwork to initiate a wire transaction, which is time-consuming and tedious.

Companies are Fast and Efficient.

Online money transfers through companies have been fast and efficient. Many of these companies take between a few moments to a few minutes to deliver the funds online. Although some companies take days to transfer funds, like banks, such companies are few and far between. Most online companies ensure the delivery of funds on the same day on which a transaction is initiated.

Many online money transfer companies charge a low fee from the remitters. Many companies charge less than even 1% of the amount being transferred. Some companies keep their service charges static there, whereas others fluctuate their fee and service charges depending on the volume of the amount and the destination country. But even the increase remains a lot less than what the banks charge.

Wider Accessibility and Round the Clock Availability

It is also important now to take a quick look at the economy of the UK briefly to understand why people in developing countries get attracted to it for better opportunities.

The Economy of the UK – Fast Facts

Taking a look at these statistics will reveal why the UK fascinates expatriates from around the world and particularly the ones seeking jobs and better employment opportunities hailing from less developed countries like the Gambia.

The two ways to transfer money to the Gambia from the UK have been explained amply above. Instant money transfers are based on your well-informed decision in the light of the above information, leading you to choose an institution providing the best international money transfer services worldwide.

Look for the factors that have been highlighted above in the services of a company, and whichever offers all of the above will be your best partner in your fund’s movement. Join ACE family and make every money transfer to Gambia more rewarding and advantageous through the quickest processing of funds, the lowest transfer cost, the highest exchange rates, and several opportunities to win exceptional prizes.

Tips
PREVNEXT
How to Make Low-Cost Money Transfers to Pakistan from Overseas?
Where is the Global Exchange Market Moving? Things to Expect in 2023