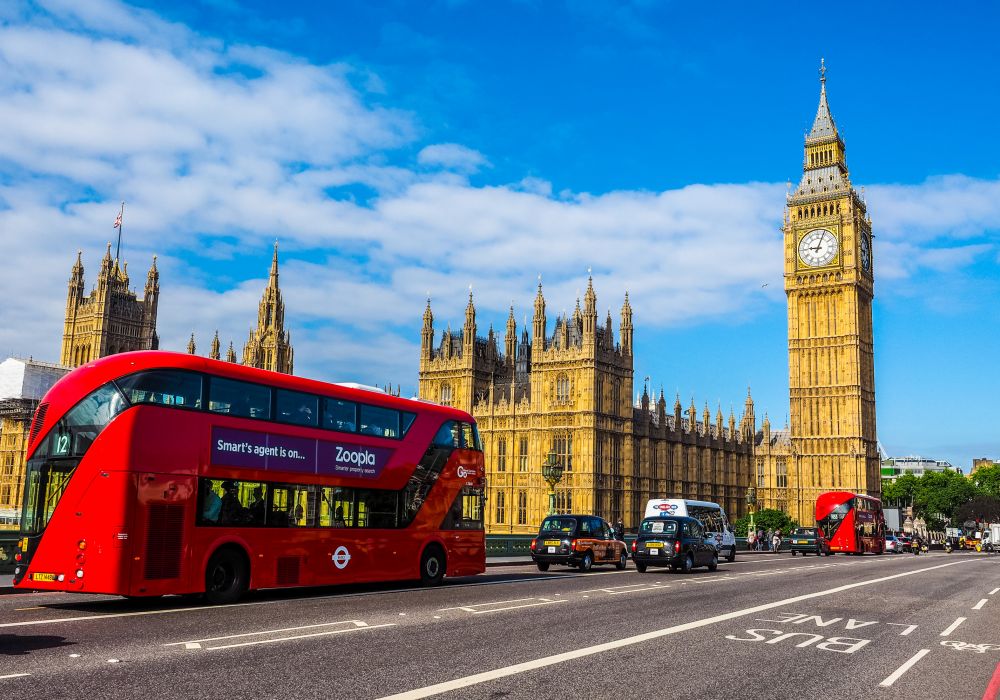 When is the best time to visit the UK?

Travellers around the world are always interested in exploring European countries, especially The UK, due to its traditional cities like London, Cambridge and Oxford, as a part of their travel journey.

But for such a journey, they often need to apprehend an appropriate timing for the planned visit. This article will allow you to plan your UK trip for the best time around the year.

Although the UK can be visited at any time of the year, its climate is relatively temperate, and it hardly experiences extreme temperature conditions like tropic regions.

But for travellers, it's best to explore the right time and places before heading out to an unknown place. For that purpose, you need to get a brief overview of the annual changes and seasonal high times for visitors of foreign nations.

Excited for The Journey but Confused for The Timing?

The UK may sound like a small place to visit. Still, you should never forget that it’s a hugely diversified cultural nation, that includes a wide range of cities and villages along with some exciting places.

Indeed, the glorious natural setup and the exciting beauty of these cities always keep the UK to be standing among the top travel destinations. The country generally remains active in peak times of spring and autumn.

However, the visitors still need to consider whether details in the following session plan their memorable visit to the UK or not.

Should the Trend Be Followed? – The Risk

Besides weather-related risks, there also arises the consideration to be given to the high season for visitors. Well, of course, the summer in London and other cities of the UK is accounted as the top-notch tourists’ season.

However, there remains the risk of extreme throngs of the crowd and costly hotel rents in the high time of seasons, so it’s better to look out for the right time before planning the things out.

To avoid a risky stuck-up situation in the UK due to weather or any crowded situation, we have tried to bring the needful data. This includes some brief details about temperature extremes, and seasonal variations for our readers. The guideline can help one decide what time of year will be most appropriate to visit the UK.

So, let’s begin with some points to ponder, and factors to consider while planning a trip to the UK.

Contemporary Events of Climate Change and its Possible Impact upon Visit

In summers, UK usually remain balanced in temperature approach, but winters show their peak temperatures here in. Indeed two-three days of constant snow can convert the whole scenery into a depiction of an Ice Age. On the contrary, a continuous temperature upgrade of 25°- 30°C can present the scenery of drought if not naturally replaced with a rainy spell of a few hours.

However, in recent years, as the world is facing temperature extremes due to Climate Changes and Global Warming, England has also been turning its whether around extremes. And this has been observed in the form of summer’s temperature reaching above the 30s and persisting for more time. At the same time, winter temperatures becoming more catastrophic with the excessive flooding been expected and experienced during spring seasons.

To apprehend the temperature extremes and avoid any mishandling of trip planning to the UK, you must read the climatic changes observed in the UK in a different season. It will help you to plan your trip more wisely, taking into consideration timing, whether, resources, and need.

An Overview of Climate in England To Plan the Visit

The summer season, just like other parts of the world also shows its extremes from June to August in the UK. The average summer temperature remains maintained around 20 to 25 degrees. However, some fluctuations are often faced in the form of temperature extremes up to 30 degrees or above.

Since the temperature extremes are not that often or unbearable as compared to tropic regions of the world. Therefore, summer is considered as the best time to visit England owing to the summertime music festivals, and outdoor functions that are arranged by families. Moreover, the school holidays in summer make it best for families to plan their visits to the UK in the summer.

If you are specifically planning for England, Scotland, whales, and other countries in a row, the months of July and august in summers are the peak season with lengthy days. This period is considered best in terms of whether and busiest in terms of tourists destined activities.

Except for some holiday festivals, the prices also remain in range in these months, unlike European countries. However, be aware of the London crowd if you are planning to visit Wimbledon in July or Notting Hill Carnival in late August.

Rain seasons though settles in for some periodic times in the UK, but when it happens, it rarely affects travel. So, you could continue your journey and enjoy the bright rainy spells in the UK. In the midsummers in which the sun remains up from early morning times till late in the evening, so it's usual to witness a grey whether in the night times.

According to locals “There are no bad weather extremes” even in the rainy season. The large city of London experiences only an annual rainfall of 26 inches. And most of the rain falls in summers occur in the southern, eastern, and central UK as compared to northern and western regions.

At the same time, the rainfall in winter is a common occurrence throughout December, which makes it the wettest month of the year. So, if you love rain plan it around June, July, or later in December to fun attached with the rainy days.

Autumn spans from September to November in the temperate regions like England. The month of October remains filled with falling sceneries of tree leaves alongside the roads. Temperature is falling, and in village areas like Berkshire, the temperature often turns quickly to settle winters.

At the beginning of November, the places become less crowded owing to the coming of winter, which makes Autumn, as the best time to visit England for a Holiday, especially for couples and newlyweds for honey money. Moreover, the school also gives breaks at the end of October to kids. During which the families can enjoy certain events like Halloween, theme functions, and the Thames festival.

The winter season shows it peaks from December to February, in which the average temperature remains between 2 and 6 degrees Celsius. Decembers bring the best time to enjoy Christmas eves in the shades of snowy seasons.

The lights, décor, and crowd might attract visitors more than any other thing. This makes Christmastime as an enjoyable event in London, which brings along with it the New Year's Eve’s cherishing moments. On the parallel, the next months of January and February are relatively much quieter in terms of crowded places, and during this time the winter deals are also quite cheaper for travellers.

Although you may encounter less crowd with cheaper travel packages, the sightseeing hours are relatively shorter in winters, and the situation often turns down in winter extremes. Even some attractive places remain close throughout extreme winter months like January and February.

However, if you are a snowing lover who enjoys the white nights and slow walks on the streets of London, then probably the winter months are the best time for you to visit England.

Lastly comes the spring season, which like another part of the world, also blooms the best among the other seasons. The seasons last from April to May, when the landscape flourishes with flowers giving life to the city dwellers, who long stayed warmed up in their houses to avoid winter snow.

Locals and travellers of foreign countries recommend visiting England in the spring season especially if someone loves to travel and enjoy a long road trip around England, to reach other cities like Cambridge, Oxford, Stonehenge, Cheddar Gorge, and Brighton.

This is because the spring season boasts the beauty of natural marvels (biological gardens, exquisite beaches, parklands, and horticultural creations and natural hubs) of UK cities. And at the beginning of May, after 1st may, many spring festivals are also held all across the UK, which indeed makes spring a perfect time to travel to the UK.

The bottom line is if you want to enjoy the peak time of festivals, right with the balance of whether extremes, crowd density, and begging festival decoration then the best time is from April to May (spring) or from October to festival December (autumn).

Just keep in mind that you need to plan your luggage, clothes, time, and money resources accordingly. And if during this journey, you face any problem related to money transfers to and from the home country. Get connected to ACE Money Transfer app on your gadgets and avail the quick service of online money transfer so that your trip to the UK remains free from the tension of money transfer problems.

Tips
PREVNEXT
Wire Transfers: How It Works? Pros and Cons of Wiring
Where is the Global Exchange Market Moving? Things to Expect in 2023