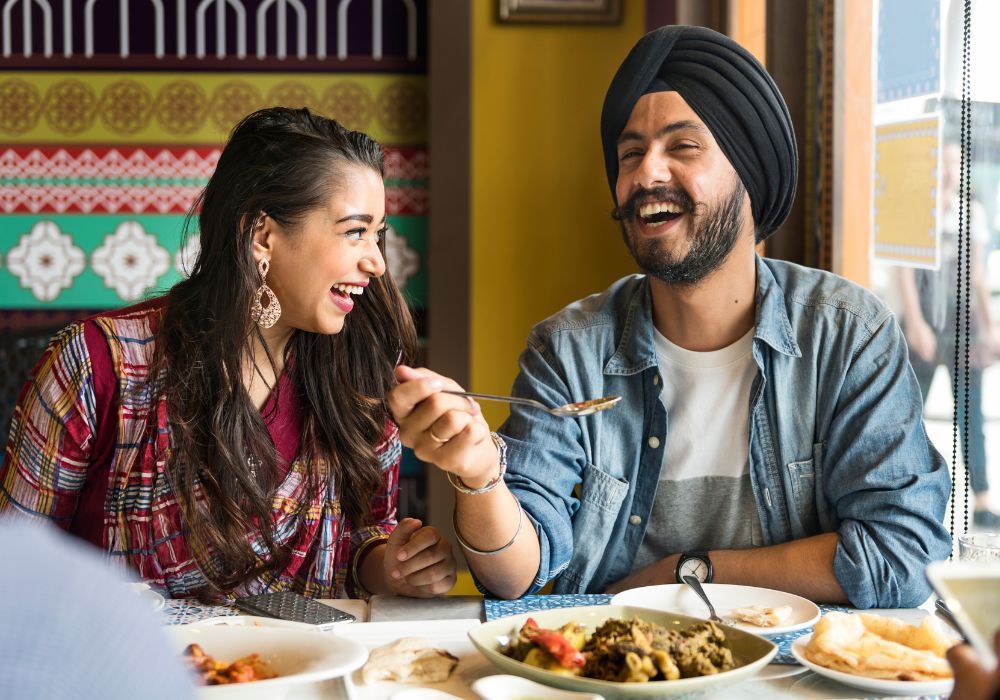 All About Local Indian Foods In Canada - Everything To Know

Globalisation has shrunken the world, which is frequently a good thing when it comes to food. This is especially the case for Indians living overseas who need a flavour of home. As cities become more diversified, it has become simpler than ever to locate Indian culinary supplies outside of the nation, let alone restaurants serving Indian food. And if you are an Indian expat who is looking for good Indian food, just like a good remittance company to send money to India back home, you have come to the right place. However, as you go out from big urban areas, certain Indian dishes become more difficult to locate.

Top Local Indian Foods in Canada that Expats Must Know

Below are some of the top local Indian foods that you must try at least once if you live in Canada.

Indian Cuisine – The 'Tarka' for the Heart

Pack your bags and send money to your bank for a full flush over Indian cuisine. Spicy, flavourful, and diversified are some of the characteristics commonly used to characterise Indian food. Indian food is unique in its making as it consists of a diverse range of distinct regional cuisines from around the country. Climate and soil factors impact the diverse food cultures of India. Each area has used locally cultivated herbs, spices, and ingredients in distinct recipes. Regional traditions and culture also greatly impact Indian cuisine and nutrition.

Foreigners are generally amazed by the significant variances in tastes between the North and South. North Indian food is recognised for its nutritious tastes and spice element known as "Punjabi tadka," whilst south Indian cuisine will leave you wanting more with its savoury curries and rice dishes.

North Indians frequently use tandoor oven-cooked beef roast recipes in their everyday meals. The renowned rice dish "Biryani" contributes to the indigenous taste of north Indian cuisine. North Indian cuisine also includes a variety of flat flatbreads known as "chapati" and "poor" to complement heavy curry curries. Because wheat is abundant in North India, it is used in many of their recipes. Keep savings in hand if you wish to regularly enjoy these tasty foods in Canada. You can save some amount every time when you make an economical money transfer to India via ACE Money Transfer by getting the highest exchange rates and the lowest transfer costs.

Indian food rose to popularity in the post-1960s immigration era. Many Indo-Canadian delicacies, such as kedgeree and various chutneys, are derived from Anglo-Indian cuisine, which dates back to Britain's colonial reign over the subcontinent.

Indian cuisine from southern India is the latest modern contribution to Canada's culinary landscape. Indian cuisine makes extensive use of tamarind with chillies, as well as various sour and spicy combos. South Indian dishes are often centred on rice instead of bread, while both are available in North Indian eateries in Vancouver. They also use lentils and stews as the most popular ingredients in their recipes. You may find numerous restaurants offering Indian cuisine, and the good thing is you can pay by sending money through online platforms.

South Indian restaurants in Vancouver, BC, may provide dosa (a rice flour crepe), idli (steamed rice cakes), and sambhar (lentil and vegetable stew). Typically, coconut and coconut milk are used in the majority of the recipes.

Indian food in Canada replicates patterns set in Britain, with a few peculiarities unique to the heritage of South Asian immigrants. Many Indian immigrants to Canada were male adults who were employed in camps in the canned and forestry industries. Because the camps were semi-permanent and secluded, they had no independent catering business; their diets were reliant on camp stores operated by logging firms or other similar agreements.

Due to traceability issues, none of these logging firms accepted money transfers as payments for the food. But now, sending and receiving funds is convenient and simpler thanks to the trusted services of ACE Money Transfer. You can send money to India online 24x7 from the middle of your comfort zone to support your family.

During the 1960s and 1970s, emigration from South Asia appeared to accelerate, and the first Sikh and other Indian-owned grocery stores and restaurants appeared. Due to the bulk of Punjabi immigration, Indian restaurants in Vancouver, BC, and throughout Canada maintained a prominent emphasis on North Indian food; however, other Indian groups expanded the offering.

Still confused about what to try from this wide variety? We have a few suggestions for you!

This hot wrap is a staple of Indian fast food, usually packed with your choice of meat smothered with chutney and finely sliced vegetables.

Chaat is an experience in general. With many variants, it might be difficult to characterise. However, chaat is merely a delicious snack, with pain puri being one of the most popular varieties.

There's something unique about Pani puri, whether you're standing at a stall eating these packed flatbreads or grabbing a couple while out and about. Furthermore, it is arguably one of the most difficult chaats to find outside of India.

This Mumbai-based delicacy, nicknamed the "King of Indian Street Food," isn't commonly found on the menus of Indian eateries in other countries. The real comfort meal is this mashed vegetable dish with onions and toasted bread rolls.

So, what is your pick?

Are you an Indian expat who makes global money transfers? ACE Money Transfer can make it secure, simple, and inexpensive. We have outstanding rupee rates and are trusted by over a million consumers globally. Make a swift, secure, and economical online money transfer to India via ACE’s remittance solutions and benefit from the highest exchange rates.

Tips
PREVNEXT
What's Life in Denmark Be Like for Expats - All You Need to Know
Where is the Global Exchange Market Moving? Things to Expect in 2023