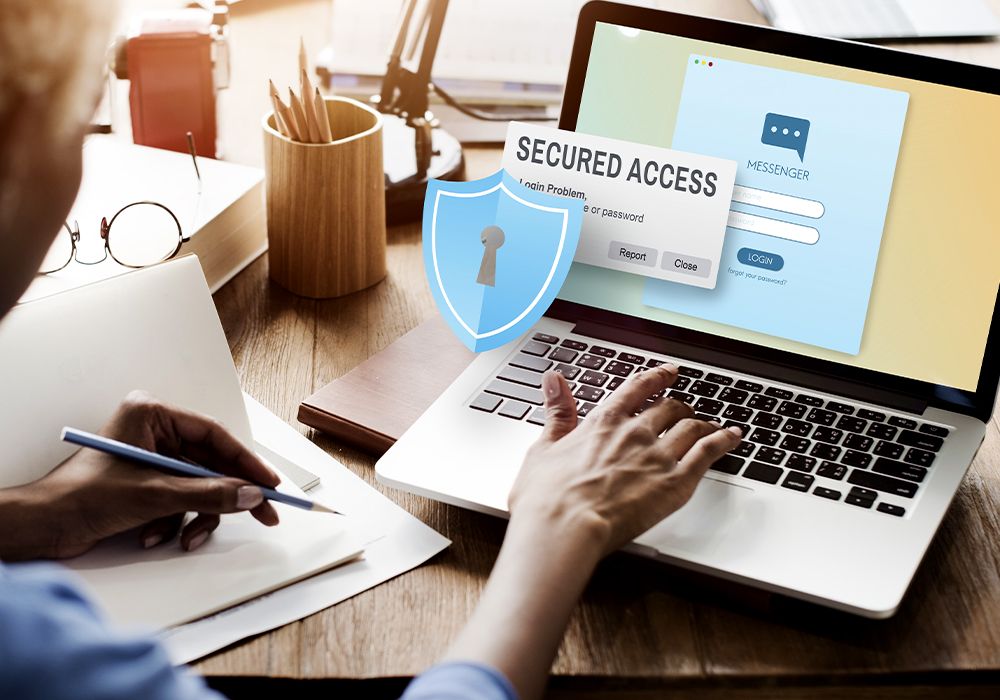 Identification & Data Security – A Major Challenge For The Remittance Industry

Remittances have increased dramatically in recent decades, grabbing the interest of experts and policymakers and sparking discussion over their benefits and drawbacks. The global money transfer can improve the well-being of family members who have been separated from their loved ones while also boosting the economies of recipient countries.

They can also foster a dependency culture in the recipient country, limiting labour force participation, encouraging conspicuous expenditure, and impeding economic progress. Data security is critical to the financial or remittance industry's survival. Poor security management and the cyber threats it enables are sharp blades poised to inflict data bleeding at financial institutions.

For Remittances, Data Security Is Essential

According to recent survey research, 90 per cent of financial institutions worldwide believe they are exposed to data security threats. Hacker assaults wreaked havoc on 165 China-based peer-to-peer Internet finance platforms in 2014.

With the financial attacks undertaken by the Carbanak criminal group, internet financial crime seized the spotlight in 2015. Since 2013, the gang has stolen up to $1 billion from over 100 banks and other financial institutions in over 30 countries.

Most cyberattacks are motivated by the desire to profit from data theft. With the rise of the online black market, financial institutions have become a sought-after target for hackers looking to sell personal and sensitive information obtained through system vulnerabilities. Data breaches not only cause financial losses but also harm the company's brand and reputation.

A growing number of high-risk industries, such as finance, healthcare, and e-commerce, have begun to prioritise data security and are taking affirmative action. According to Vormetric's Financial Industry Data Threat Report, 70% of enterprises have increased or plan to increase their capital investment in data security. The most significant increases in network protection (65%) and terminal protection (58%) have been seen.

It would be best if you look for remittance companies that currently offer the best international money transfer services. ACE Money Transfer is a recommended online remittance service provider for safe and secure transfers. ACE’s international money transfer app ensures data security and offers quick and smooth transactions so that you may send money online to your family with complete peace of mind.

Bitcoin and its underlying technology, blockchain, have been in use for some time now, albeit somewhat cloak and dagger. Still, stories of its use within the remittance business have emerged in recent months, disturbing the current state of affairs.

Remittances play an essential role in a world where countries are significantly influenced by natural disasters, political instability, terror attacks, and civil war. Millions of people and their families in developing countries rely on remittances for a living. As a result, a decrease in remittance flows can severely impact families' ability to obtain health care, education, or proper nutrition.

It was anticipated that $429 billion in remittances would travel to underdeveloped countries, which was three times the amount of official help given to these countries. When the amount sent through unofficial methods is considered, the actual total is likely to be far more significant.

While $429 billion is a large sum, it is vital to put it into context: The figure represents 10% of GDP for the top 25 countries that receive remittances; for receiving households, it can signify the difference between living and barely surviving. However, a considerable chunk of the money donated each year is fundamentally eaten up by transaction fees and levies and never reaches its intended beneficiaries.

Banks are the most expensive way to make an international transfer, followed by legacy transfer companies and post offices. It appears challenging to find the best way to send money internationally.

The incumbents are now fighting back against all remittance challenges. Even though they were initially at a disadvantage when implementing new technology, some banks are redefining how they do international money transfers and providing the cheapest way to transfer money internationally.

In fact, competition is now so severe that the customer eventually wins, with businesses trying to discover methods to decrease fees and give better exchange rates rather than lose business totally.

A coordinated approach between remittance firms and regulatory bodies is required to ensure that technology can be used to reduce red tape and associated costs and that a unified approach is taken to address the challenges faced.

If you are an expat and looking for the best way to transfer money internationally, go with the best remittance firm like; ACE Money Transfer for a safe and quick service.