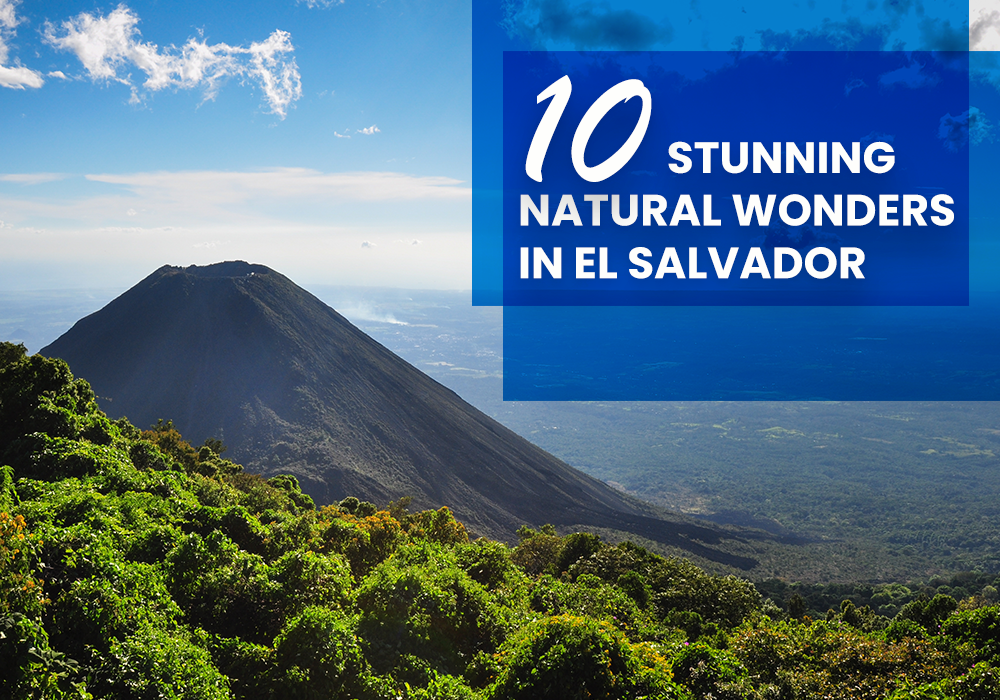 Ready to explore some stunning natural wonders in the hidden beauty of the Central American region? This article will guide you about ten amazing natural places in El Salvador, from the lens of pure natural tourism and adventure.

El Salvador is a small country in Central America that you might not have heard about, it’s indeed a hidden wonder of nature, virtually invisible from the lens of print media, and social media promotions. But it is an attraction for adventurer seekers, as it compromises an extensive range of natural wonders that attract tourists from all over the world.

The best thing about this country is its short distance from big states of America that makes it possible for travellers to reach it out. And secondly, the small country presents a lot of areas to be discovered in the form of hundreds of lakes, natural parks, near 23 volcanos, 200 miles of beaches, a UNESCO biosphere reserve, and numerous stunning waterfalls. So, you can get a whole package of Tourism in one place.

Let’s begin with our recommendation for the top 10 natural wonders that you might likely visit in El Salvador, and that must on the list of an adventure seeker.

Have you ever been to any natural wonder of volcanic eruption? It’s quite amusing to visit one.

The volcanic eruptions hardly allow any visitors to come nearby; however, in El Salvador, there are some places where you can actually, climb towards a volcanic eruption site to view this natural phenomenon. 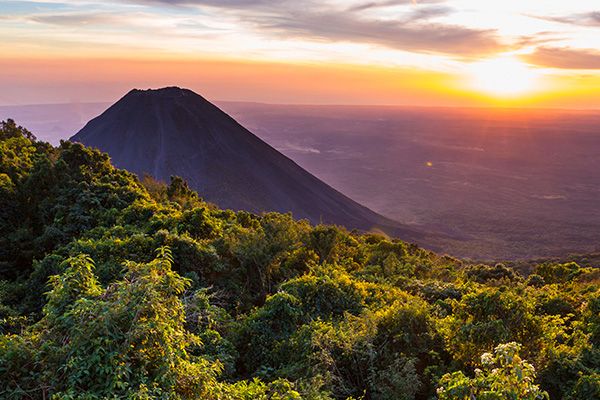 At volcanoes national park, two to three towering volcanoes are present, and the park is counted as the hottest attraction for tourists.

Locals often call this volcano site the Ilamatepec, because of being the highest volcano in El Salvador and the 4th highest in of whole central America.

El Boqueron is another national park that is also called by some as “Big Mouth”.

The reason because of the volcano that resides on the outskirts of the capital city of El Salvador (San Salvador). 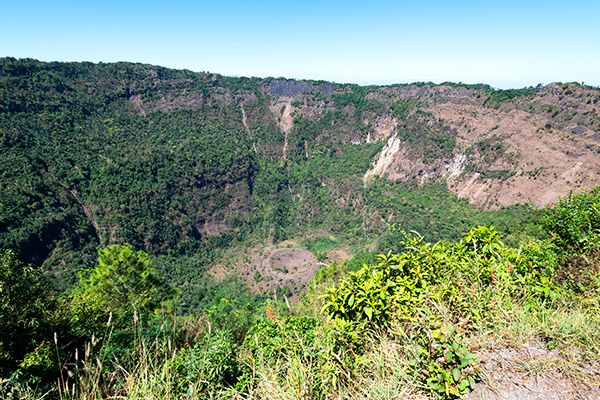 It’s right outside the capital city at a distance of an hour. So, it would be very easy for visitors to track down the distance if they have a short time.

The reason for being called by this label is because the volcano resides inside a relatively smaller crater created naturally by volcanic eruptions.

At the border of Guatemala and Honduras, there is another adventure-seeking natural wonder of El Salvador, named Montecristo National Park.

The park is especially famous for its mountain El Trifinio which offers a climb of approximately 7,800-feets to mountain hikers, which can result in the summit of Elsavador border upon completion of this hike. 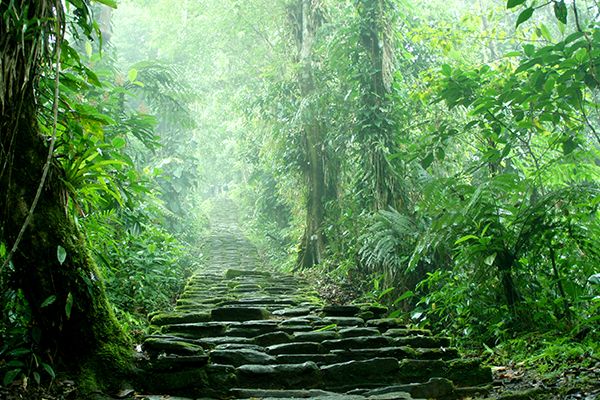 Alongside the natural scenery, wildlife shelters are also present for various species like Puma, anteaters, agoutis, monkey, and that brilliant plumage, toucans, and quetzals.

The name says it’s all! El impossible is yet another natural wonder of Elsavador’s western side. It was named because of its inaccessibility or difficulty in reaching.

However, the park is now full of connected trails some natural and some man built, that makes out the way for adventurers to reach the amazing rivers and dramatic rainfalls in this park. 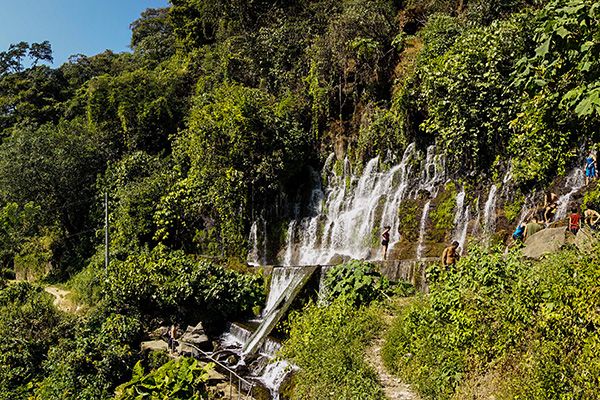 The place includes a steep terrain, and densely grown rainforests spread up to 9,400-acre including beautiful waterfalls and rivers.

Chorros De La Chalera is accounted among the top-notch places that could be visited in hot summers because of the shimmering waterfall, crystal clear pools, and cool swimming spots.

A simple walk through these mountains will come along with the natural scenery of chirping birds, whistling leaves, and fainting hustle of waterfall. 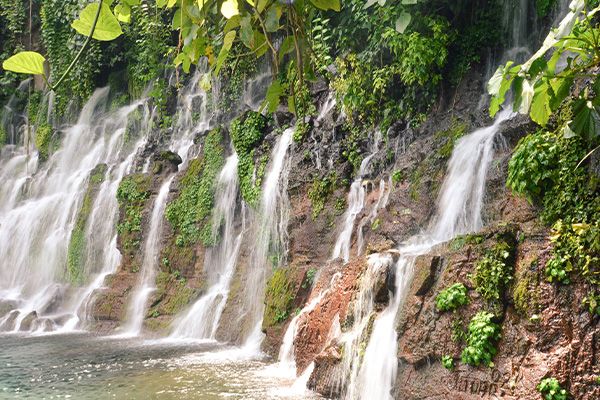 A breathtaking view is presented as soon as you start to walk down the hiking path.

The ground starts to appear with its moss-covered grandeur along with the infinitely spread vast natural pools.

The lake name predicts its relation to the presence of different species of beautiful and deadliest snakes on it.

The place is located near Santa Ana and Izalco’s natural volcanoes. The Lake Coatepeque has itself formed as a result of a natural eruption some thousands of years ago. 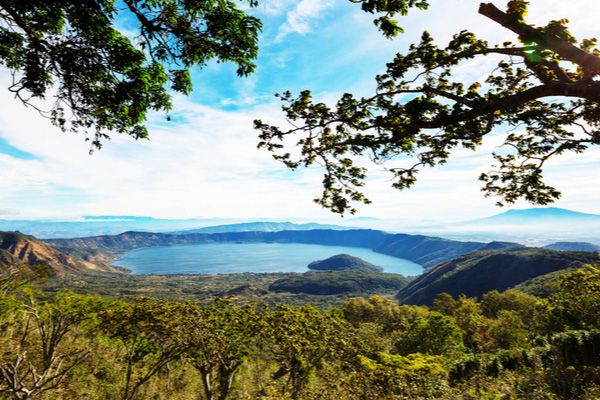 The clear water of the lake is not only an attraction in itself, but it reaches a depth for nourishing the floor with further greenery.

The place has been developed recently to include modern style beach houses, weekends day outs which could serve as a gate away from the routine boring life.

Lake Ilopango is the largest lake in El Salvador. The lake emerged as a result of a volcanic eruption of the extinct volcanoes. Therefore rests in the crater of the eruption site. 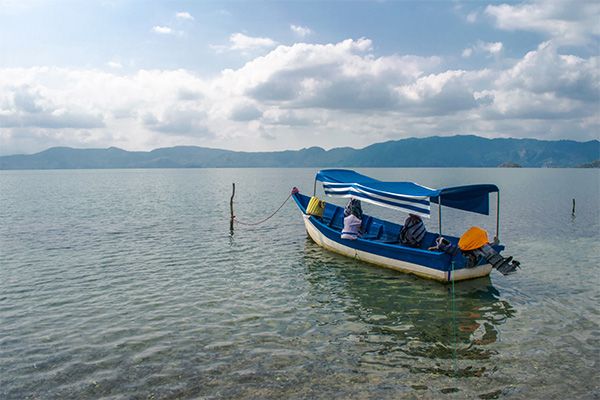 This very feature attracts divers to reach out for its depth. The place also has some awesome beaches attached to it, where the travellers and adventure seekers could enjoy the geothermally heated water along the edges of the lake.

Located at an hour’s drive from the famous surfing town of El Tunco, Tamanique involves a series of four famous waterfalls. 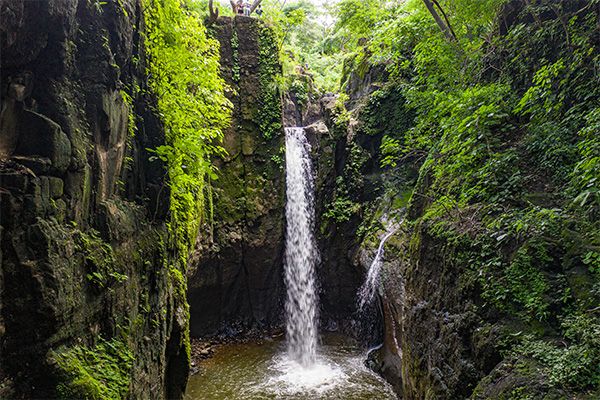 All these waterfalls tumble down on the boulder cliffs. The peaceful and cool breeze makes it an excellent attraction for the divers and swimmers, especially in the hot summer months.

So for so good, it’s the best place to visit if you want to enjoy the company of the local’s populace of El Salvador.

Apart from surfing culture, the place is known for the unique rock formation in the form of horns of a bull, which creates an epic site for photographers and vloggers. 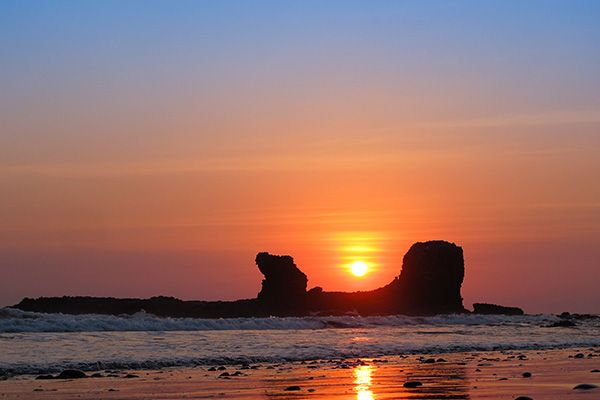 The part of waking down the beach at sunset or sunrise is also an amazing scenery to enjoy.

When the tide is low, the breathtaking beaches and bars around the town can also be visited for which the city remains packed on weekends.

The last on the list of 10 natural wonders of El Salvador is Puerta del Diablo. It’s a natural rock formation that attracts millions around the world for its Salvadorian beauty. 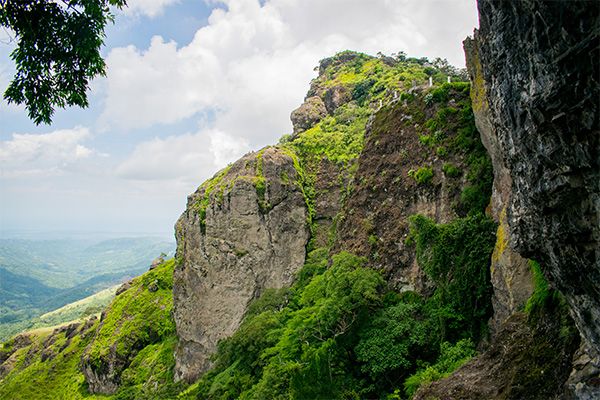 The place consists of two large rocks called Devil’s Door because of the mysterious legends surrounding them for thousands of years.

A winding pathway between the two tall boulders forms a window through which you can view El Salvador’s lush landscapes.

With this over article comes to an end, we have tried to bring you the best of the best natural wonder in El Salvador.

They may be some natural lakes, waterfalls, amazing mountain hikes, and of course, natural volcanos that present an outstanding adventure source for the traveller around the world.

So, whichever place you decide just make sure to manage your time, resources, affairs, and money well. And at any place, if you need to make urgent money transactions don’t forget to avail services of ACE Money Transfer.

Some Other Places That You Might Want to Visit

Apart from the places mentioned above in this article, some other amusement places also await adventurer seekers in El Salvador, so Here you go with some other exciting places suggestions to be explored as an adventurer:

You can use ACE Money Transfer to send money to El Salvador.

Tips
PREVNEXT
Wire Transfers: How It Works? Pros and Cons of Wiring
Where is the Global Exchange Market Moving? Things to Expect in 2023